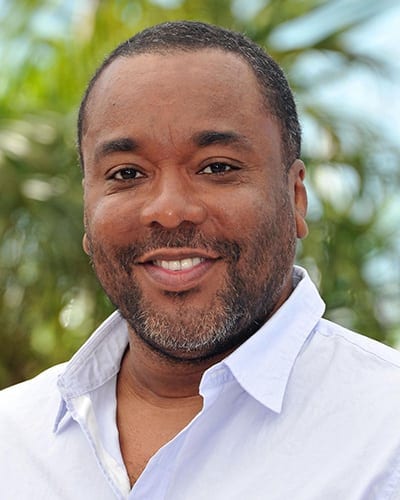 Lee Daniels discusses his new film, The Butler, a civil rights epic recounting the story of an African American who served in the White House. Lee Daniels is best known for directing and producing the Academy Award-winning film Precious which was nominated for a half-dozen Oscars in 2010, including his two for Best Picture and Best Director.

So, what inspired you to make the movie?

What attracted me to the project was the father-son story which I looked at as a love story with the Civil Rights Movement as a backdrop. That was intriguing to me both because I’d had issues with my own dad, and because I have issues with my teenage son. I think the father-son love story is a universal one which transcends color. That’s what was sort of there on the page, but it wasn’t until I started shooting that we began getting into the Woolworth’s sit-ins and the Freedom Riders with the Molotov cocktails that I asked myself, “What have I stumbled upon?” It was then that I realized the film was much bigger than just the father-son story.

Did you decide to tackle the civil rights material because of the Trayvon Martin shooting?

No, it hadn’t happened when Danny Strong wrote the script, including the line “Any white man can kill any of us at any time and get away with it.”

You got Oscar-winners in Forest Whitaker, Cuba Gooding, Jr., Jane Fonda, Vanessa Redgrave, Robin Williams and Melissa Leo, and Oscar-nominees in Terrence Howard and Oprah Winfrey to come aboard. How were you able to assemble such an outstanding cast?

My usual way … throwing out a net and fishing. This one was easy because the material was so good. The actors I approached took the bait because they wanted to serve the material. We really didn’t have any money to pay them, so most of them lost money in relation to what their normal acting fee would be.

How has the tempest over re-using the title The Butler affected you?

When I’m working on a movie, it’s like being in a cocoon. I consider it like giving birth, and I don’t leave the bubble, because if I do, then it’s bad and affects the child. But I was pulled out for a minute when my kids told me about something they saw online. I didn’t even hear about it from the studio. It disturbed me, but I didn’t have time to think about it.

The MPAA [Motion Pictures Association of America] gave me that title and I still don’t know how to feel about it. I just finished giving birth to the movie. “Lee Daniels’ The Butler!” It sounds like “The Greatest Show on Earth!”

Well Tyler Perry, Dino De Laurentis and others are famous for placing their names before the title?

I’m not Tyler Perry. I’m not Dino De Laurentis. I think it’s a bit much to put one’s name in front of the film. It makes me uncomfortable. Here’s the thing. Insiders like you know the whole story and about the legal issues, but not the average person. I worry that young kids in Oklahoma or Alabama might end up asking, “Who is this filmmaker to be so full of himself?” That bothers me. The MPAA handed down this edict. So, I don’t know how I feel about it right now. Ask me tomorrow. [Chuckles]

My eyes must have welled up at least a half-dozen times while watching the film. As the director, you must be too close to the film for it to have that sort of emotional effect on you.

No, when I actually sat down all alone to watch the final cut just for pleasure, I broke down in tears.

You did a masterful job of portraying the tensions and differences between the Civil Rights and Black Power generations.

There was no right and wrong. Cecil [played by Forest Whitaker] was right and so was his son [played by David Oyelowo]. You’ve got a problem when neither is wrong, yet you have a conflict.

I also appreciated the evenhanded way in which you approached each of the presidents Cecil served under, like how Reagan could give his African American help a raise to make their pay equal to that of whites, while hypocritically still supporting Apartheid in South Africa.

Ain’t that interesting? We don’t make Kennedy out to be a “goody two-shoes” either.

Have you seen the TV miniseries Backstairs at the White House?

I did. I think it was a great movie for its time, but I wanted to avoid the episodic feeling of that film.

What message do you want the public to take away from The Butler?

I hate that question because it forces me to be philosophical … I think the message is that we have got a long way to go. I hope that this film rips a scab off the sore that is racism in America today.

To see a trailer for Lee Daniels’ The Butler, visit: http://www.twcpublicity.com/video_popup.php?id=108