Examining the beauty and harmony of Islamic artist Shirin Neshat Beauty and harmony are paramount in Islamic art. These qualities are also integral to the photographs, videos and films of Shirin Neshat. Born in Iran in 1957, the New York-based artist engages the Persian aesthetic and cultural traditions of her homeland to explore the ever-changing present of Iran. Her ravishing images show women crossing boundaries and asserting power despite Islamic norms that constrict their freedom.

A rifle barrel protrudes like an earring alongside the face of a young woman in an image from Neshat’s 1996 series, “Women of Allah,” in the show “She Who Tells a Story: Women Photographers from Iran and the Arab World,” on view through Jan. 12 at the Museum of Fine Arts Boston.

Nearby is a still photograph from Neshat’s video installation “Turbulent” (1998), which won the top prize at the 1999 Venice Biennale. The viewer stands between two short films that play on opposite walls. On one screen, a male sings a poem by the 13th century mystic Rumi to an audience of men. He then turns to face the opposite screen, where a woman in a chador launches a raw, incantatory vocal improvisation in an empty hall. As the man watches his veiled counterpart, his face becomes a study in awe.

Although under Islamic rule, female singers cannot record or perform in public, in Neshat’s installation, the man and woman are equals.

In art and life, Neshat migrates between two worlds. In 1974, at age 17, she left Iran to attend college in the U.S. Five years later, the 1979 revolution transformed her formerly secular country into an Islamic republic and she remained here. Neshat returned to Iran in 1990, a journey that inspired her to render the experience of contemporary Iranian women under Islamic rule. Since 1996, Iran’s government has not allowed her to enter the country, regarding her works as challenging Islamic norms.

Neshat has become an international art star whose works are in the collections of major museums throughout the world. In 2013 alone, she has had solo exhibitions in Madrid, Istanbul and Beijing along with a mid-career retrospective at the Detroit Institute of Arts.

Visiting the MFA to give two sold-out lectures in between teaching engagements at the Yale School of Art and the London Film School, Neshat embodies the minimalist beauty found in her art. A slender woman with kohl-lined eyes and black hair knotted away from her face, she wears a black dress and an intricate silver necklace. Talking over coffee at a museum café, she is warm and unassuming, and speaks with conviction in a soft voice.

When creating films, videos and photographs, Neshat directs the filming but does not work the cameras. “I am a western conceptual western artist,” says Neshat, who considers herself an heir to the century-old trend in art famously proclaimed by Marcel Duchamp, who argued that an artist’s idea matters more than the resulting object.

Yet as Neshat composes images, she is guided by Islamic aesthetic principles she has absorbed since childhood. “Harmony is the essence of Islamic art,” says Neshat. “I grew up with Persian visual traditions. They are inherent and intuitive in me. From Persian miniatures to architecture, these principles include abstraction, simplicity, geometry and symmetry and the integration of text into the design.”

Perhaps the biggest boundary that Neshat yearns to cross is the distance between herself and her homeland. Art provides a medium to bridge this gap.

“I’ve lived here longer than in my own country,” says Neshat. “I would not have become an artist if I did not live here, with my longing to reconnect with Iran.”

While Neshat directs others to photograph the scenes she stages, she painstakingly handwrites the delicate lines of Persian calligraphy that overlay the faces in her portraits.

“I apply ink with a brush or for smaller words, with a pen,” says Neshat. “It’s easy to ruin a photograph. Managing the brush is like painting, a slowly acquired skill. Over the years, I’ve become more refined at it.”

Neshat finds calligraphy a satisfying but strenuous process. “Writing is meditative and solitary,” says Neshat. “But it can be frustrating too, in its repetitiveness.” Work by Shirin Neshat (above) is on display at MFA Boston.

Films and videos offer her a more dynamic way of working. “I can collaborate with others on a larger scale,” says Neshat, “and draw the viewer into an experience with music and acting as well as visual images.”

Neshat was awarded the 2009 Silver Lion at the Venice Film Festival for her adaptation of Iranian author Shahrnush Parsipur’s 1979 novel, “Women Without Men,” which follows five women as they emerge from oppressed lives.

Neshat’s new photographic series, “The Book of Kings,” borrows its name from the epic poem of Iran, the Shahnameh. The ensemble of 80 portraits casts contemporary Iranians as nation builders. Men and women appear side by side as equals in an evolving society. “Their world is already very different than a decade ago,” says Neshat. “The population is better educated, and 80 to 90 percent of Iranian women are working.”

Drawn to portraying “determined and heroic women” of the Islamic world, Neshat has begun her next feature film, a biography of the legendary Egyptian singer Om Kolthoum (1898-1975). The daughter of an imam in a village mosque, she became one of the most revered Arabic singers in history. Millions lined the streets to witness her funeral procession.

“My desire is to tell the story of an artist with power,” says Neshat. “Unlike the western model of singers like Billy Holiday and Edith Piaf whose careers ended in self-destruction, she was powerful to the end of her life.” 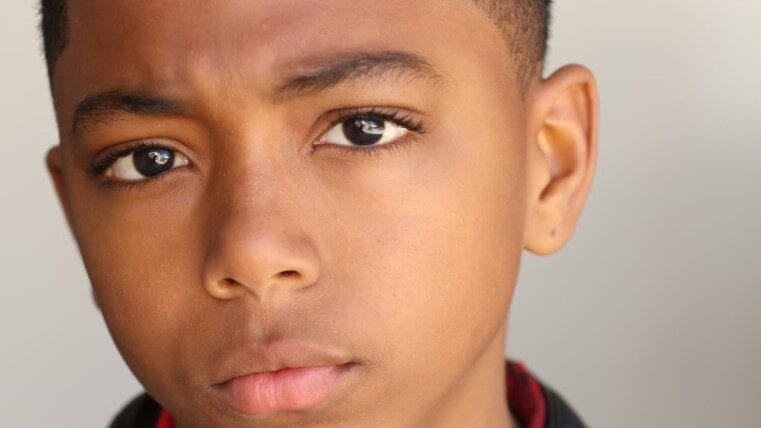