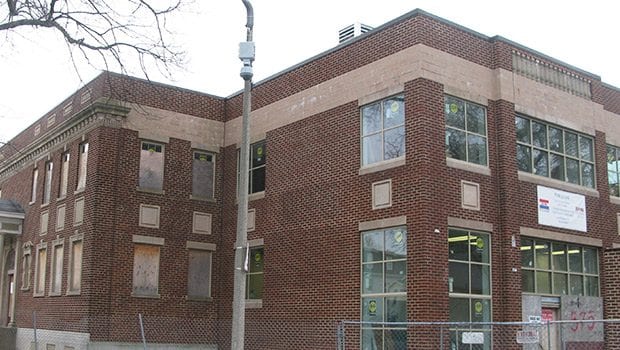 The Charles Street AME Church is seeking a bankruptcy court judge’s permission to sell the Renaissance Center at auction, but a creditor, a U.S. Trustee and a potential bidder filed objections to the church’s plan in a hearing Monday.

Action for Boston Community Development will buy the Charles Street AME Church’s Roxbury Renaissance Center building for $2.9 million. The purchase will include an adjacent parking lot and storefronts on Warren Street.

Charles Street, which is in bankruptcy, owes OneUnited and other creditors in excess of $5 million. Most of that debt was accrued when the church attempted to redevelop the Renaissance Center – formerly the Skycap Lounge – as a function hall.

Charles Street filed for Chapter 11 bankruptcy protection in 2012. In the two-and-a-half years of bankruptcy proceedings, bank has sought to recoup the its loans, arguing that the First District AME – which oversees Charles Street – co-signed for the $4.7 Charles Street originally borrowed from OneUnited, agreeing to repay the loans in the event of a default.

In addition to OneUnited, Charles Street owes about $630,000 to Thomas Construction Company, the Dorchester firm hired to build its proposed community center. Another $450,000 is owed to Tremont Credit Union for a loan to repair the church’s roof, in addition to funds owed to other creditors.