Legislature has until July 31 to reconcile House, Senate reforms 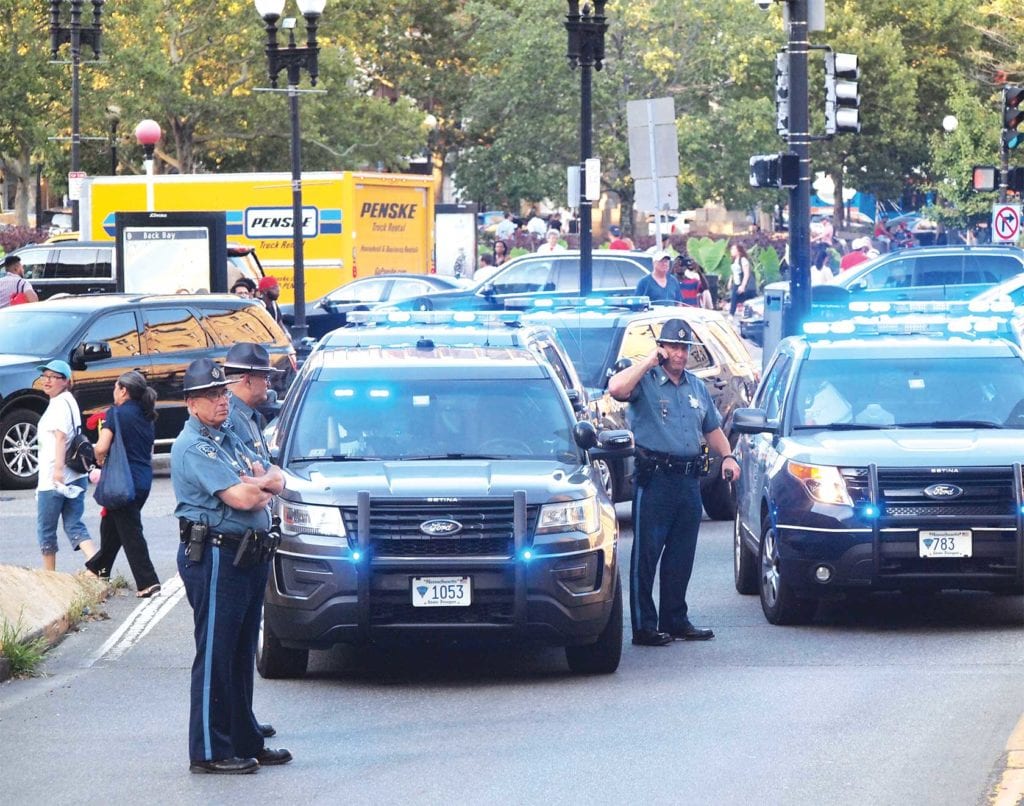 The House bill includes provisions for decertification of police officers who engage in misconduct. BANNER PHOTO

Just a week after the Massachusetts Senate passed a police reform bill, House legislators have presented their own version, with a few differences. The bill creates a police standards and accreditation committee, in line with the Senate’s proposal, in addition to certification and decertification rules. When it comes to qualified immunity, if an officer commits an infraction that leads to decertification, they will not be immune to a civil lawsuit – qualified immunity will protect them unless they commit “any conduct under color of law that violates a person’s right to bias-free professional policing,” and become decertified. After decertification, they are not to be hired in any capacity.

In addition, the bill limits facial recognition technology and other contentious policing tactics, but not completely. Officers can still use a facial recognition search if they have a warrant, and containing crowds with tear gas and rubber bullets is allowed if other de-escalation tactics do not work. Among many other reforms, the bill establishes a permanent coalition on the status of African Americans.

Senate President Karen Spilka, Sen. Sonia Chang-Diaz and Sen. William Brownsberger released a statement about the House bill Monday, saying, “With the release of the House bill on police reform, we are pleased that the House is embracing many similar priorities of the Senate,” and noted the many similarities.

“We look forward to working towards a final, stronger version of this bill that combines the best of both to put more power in the hands of civilians, shift resources to the communities most impacted by overpolicing, and build a more equitable and just future,” they said.

Creating more police training may require more money, which the bill appropriates from the Marijuana Regulation Fund. The fund receives money from the licensing of new marijuana establishments and is already subject to appropriation for municipal police funding. This section of the bill has created a small controversy on Twitter, on the perception that the Marijuana Regulation Fund money should go into restorative justice and communities impacted by incarceration, which it is designated for in addition to police training.

“Where are the funds for communities of color promised in this law?” Shaleen Title, a commissioner on the Massachusetts Cannabis Control Commission said to the marijuana news site Marijuana Moment.

“We are pleased to see that our items are in the bill,” Rep. Russell Holmes, member of the caucus, told the Banner on Monday.

Holmes added that the caucus can now look forward to pursuing more issues in addition to police reform, including fighting for driver’s licenses for immigrants. The MBLLC plans to meet with the governor before he sees the bill, “to ensure we’ve discussed before he gets it,” Holmes said.

“The governor’s input would be very important,” he said, noting that Baker can strike specific points of the bill through a line item veto, given that the deadline to get the bill in front of him is about a week away.

The House plans to begin debate on Wednesday and vote by Thursday, and to have the bill on the governor’s desk by next Thursday, July 30.