The shameful history of President Thomas Jefferson and enslaved woman Sally Hemings gets reimagined and reinterpreted in James Ijames’s “TJ Loves Sally 4 Ever,” streaming virtually via SpeakEasy Stage Company April 23–May 6. Set on a college campus in the American South, TJ, a white dean of students, develops an obsession with Sally, his Black research assistant. The biting satire that develops asks audiences to look into their own biases and actions. Pascale Florestal, who’s making her SpeakEasy Stage directorial debut with this production, says, “I, as a Black woman, went to a predominantly white institution at my college, so I really understood a lot of what these characters were going through. I think we forget the passive racism, the passive sexism that happens in these places that are supposed to be safe spaces for young people, a place for them to grow.”

The stage piece has been translated into a streamable film-style experience, what Florestal refers to as “captured theater.” The artistic team chose this medium as opposed to a live Zoom performance to preserve some of the creative license of the show. Movement, primarily stepping, is an important part of the piece. There’s even a full marching band performance, a feat that wouldn’t have translated as well in a Zoom play. “It’s important when we’re talking about Black culture to incorporate dance [and] music, because that’s a part of our culture and so often it gets co-opted by other people,” says Florestal. Though it’s been nearly two centuries since Jefferson’s transgressions against Hemings, “TJ Loves Sally 4 Ever” explores the inheritance, historical and emotional, of Black and white bodies. Centuries may have passed, but how much has the dynamic really changed?

Though TJ’s pursuit of Sally is shuddersome, there are many moments of power for Sally. The story truly is hers and she’s able to celebrate her body and her strength in ways Sally Hemings couldn’t.

“TJ Loves Sally 4 Ever” isn’t just about the characters inside the story. The audience is an integral part of the show; Sally often speaks with viewers directly. The engagement begs the question, what are you going to do about this?

Florestal hopes that white audience members reflect on their own complicity in these racist systems. “For everyone else, especially Black people, I hope they can see their own experience on stage, see that they have an opportunity to reimagine this future,” she says. “The play is going to take you on a ride … don’t be afraid to lean in and question your own self and your own ideals, because that’s part of the process.” 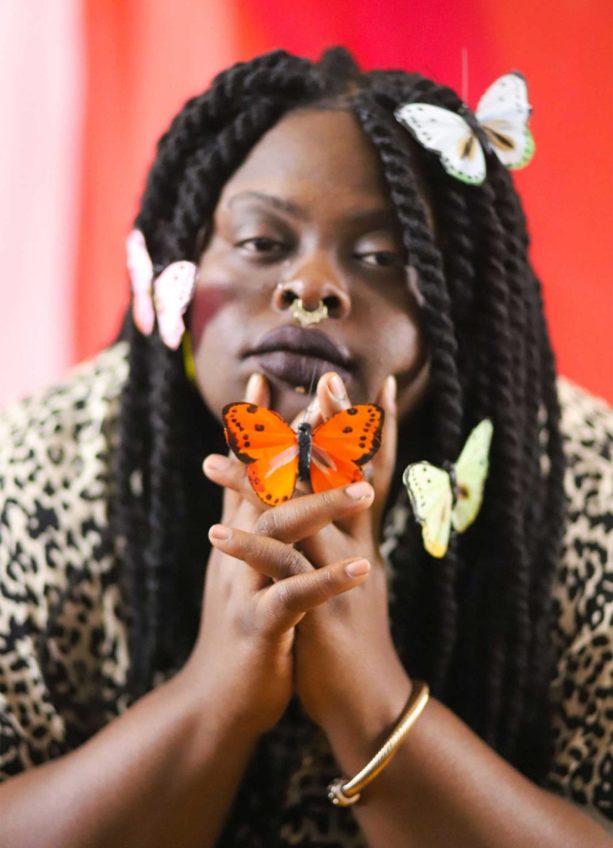