No clear consensus on mayoral candidates 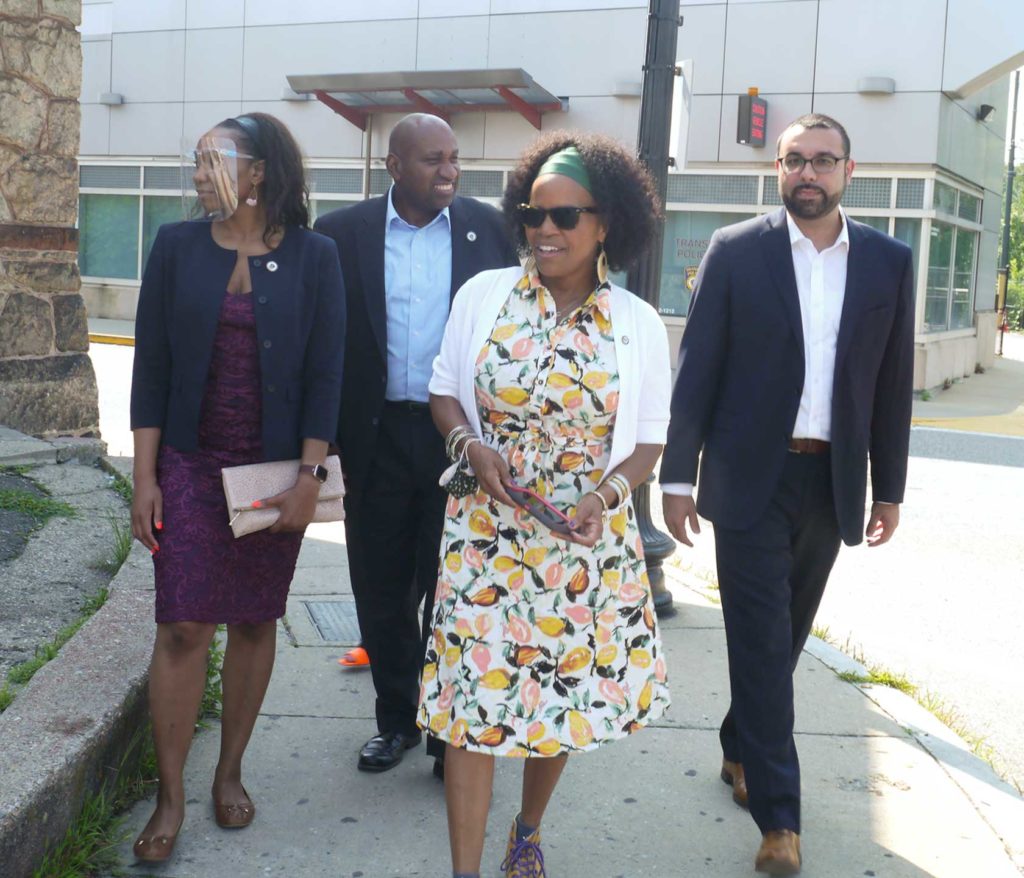 With at-large City Councilors Annissa Essaibi George and Michelle Wu the two finalists in the race for the mayor’s seat, activists and elected officials in the city’s Black, Latino and Asian communities are facing tough decisions on whom and whether to endorse for the Nov. 2 election.

A majority of Black voters cast ballots for acting mayor Kim Janey and District 4 Councilor Andrea Campbell. The two candidates each garnered more than 20% of the citywide vote, but with Essaibi George claiming a 23% share of the vote and Wu 33%, hopes for electing a Black mayor faded on the night of the preliminary.

Now there appears to be little agreement on how the Black community should move forward in the electoral sphere.

The group WAKANDA II, which had endorsed acting Mayor Kim Janey, is meeting with both candidates this week and state Rep. Russell Holmes, who did not endorse in the preliminary, is planning a community meeting Saturday at the Morningstar Baptist Church to discuss an endorsement process for the mayoral race.

“The people I’m talking to voted for candidates who are not left in the race,” he said. “Now we have to make a decision on who we’ll support.”

State Rep. Nika Elugardo said some elected officials of color haven’t yet decided whether they’ll endorse in the general election.

“It’s hard to say whether we’ll coalesce around a candidate,” she said.

Elugardo said she herself is looking closely at both Wu and Essaibi George. But her support will come with conditions.

“With these candidates, we have to up the level of how we make asks,” she said. “If we’re asking for small business support, we’ll want to know what you will commit to in the city’s budget and who will oversee it. We can’t settle for yes or no answers.”

District 5 Councilor Ricardo Arroyo, who backed Janey in the preliminary, said the race is too important to sit out but said he hasn’t yet decided who to endorse.

“I’m looking for a commitment to address racial equity head on,” he said. “I’m not interested in trickle-down policies.”

Former District 7 Councilor Tito Jackson said the most important thing Black activists and elected officials can agree on is a set of priorities for the next administration.

“The Black community has to have an agenda that galvanizes the needs, issues and desires of the community,” he said. “Then we need to decide who’s the best candidate to move those priorities forward.”

Jackson echoed Elugardo’s caution that the candidates be well-vetted.

“The best predictor of what someone in political life will do is what they’ve already done,” he said. “If you say you’re going to stand up for police reform and you’ve not advocated for that the whole time you’ve been on the council, that would lead me to believe your promises are hollow.”

The voting patterns from the Sept. 14 preliminary showed a clear fracture between white progressives in neighborhoods such as the Back Bay, the South End and Jamaica Plain, and Black and Latino voters in neighborhoods such as Roxbury, Dorchester and Mattapan. While Black voters overwhelmingly supported Janey and Campbell, white progressives supported Wu.

Essaibi George garnered the most votes in traditionally white ethnic enclaves at the city’s periphery: South Boston, the Savin Hill and Neponset sections of Dorchester, the Readville section of Hyde Park, West Roxbury, Charlestown and the Orient Heights section of East Boston.

To endorse or not to endorse?

Among activists in Black, Latino and Asian communities, the question seems not so much whom to endorse as whether.

Wu, who attracted support from a mostly white base during this year’s preliminary, alienated many activists of color in 2015 when she backed South Boston City Councilor Bill Linehan for the presidency of the body over Ayanna Pressley. She also until 2019 opposed rent control and in 2017 was endorsed in the at-large race by the Boston Police Patrolmen’s Association.

Essaibi George, on the other hand, has taken a more stridently pro-police stance in this year’s election, arguing against cutting the department’s budget. She opposes rent control and is against changes to the admissions policies at the city’s three exam schools that have led to the acceptance of greater numbers of Black and Latino students.

Before the preliminary, a coalition of labor groups and community-based organizations endorsed Janey’s candidacy. Members of that coalition reached by the Banner said they haven’t yet arrived at a decision.

“We haven’t talked about next steps in the mayor’s race,” said Vanessa Aguirreche Snow, a member of the immigrant organizing group Mijente, which endorsed Janey.

Snow said the group is for now focusing on backing progressive City Council candidates and supporting the two referenda that will appear on the Nov. 2 ballot: a nonbinding question on whether Boston should return to an elected school committee and a question that would give the City Council greater power in the city’s yearly budgeting process.

Who’s on the council will take on greater importance if the body gains the ability to insert items into the city’s budget.

“If we have a conservative City Council, that budget process isn’t going to work well for our communities,” Snow said.

Should Mijente back a mayoral candidate, the group will likely work again with Right to the City Vote and Chinese Progressive Political Action, groups that also backed Janey in the preliminary.

“We’d have to start the process for mayor from scratch,” Snow said. “But with 40% of the voter base up for grabs, both candidates are going to have to speak to communities-of-color issues.”

Karen Chen, who heads Chinese Progressive Political Action, said she won’t know whether the group will make an endorsement until after its Sept. 30 meeting.

“We’re taking time to recuperate and assess the situation,” she said.

Armani White, an activist with Right to the City Vote, said the group will for now focus on supporting ballot questions and progressive City Council candidates.

“We’ll have an update on our plans for the mayoral race soon,” he said.

The processes various groups are undergoing to vet the mayoral candidates will ultimately benefit communities of color and help those communities flex their political muscles, Jackson said.

“This is an unprecedented opportunity for our communities to negotiate for the things we need, want and deserve because Mayor Janey did so well,” Jackson said. “Her bloc of votes could be the deciding factor in the November election.”