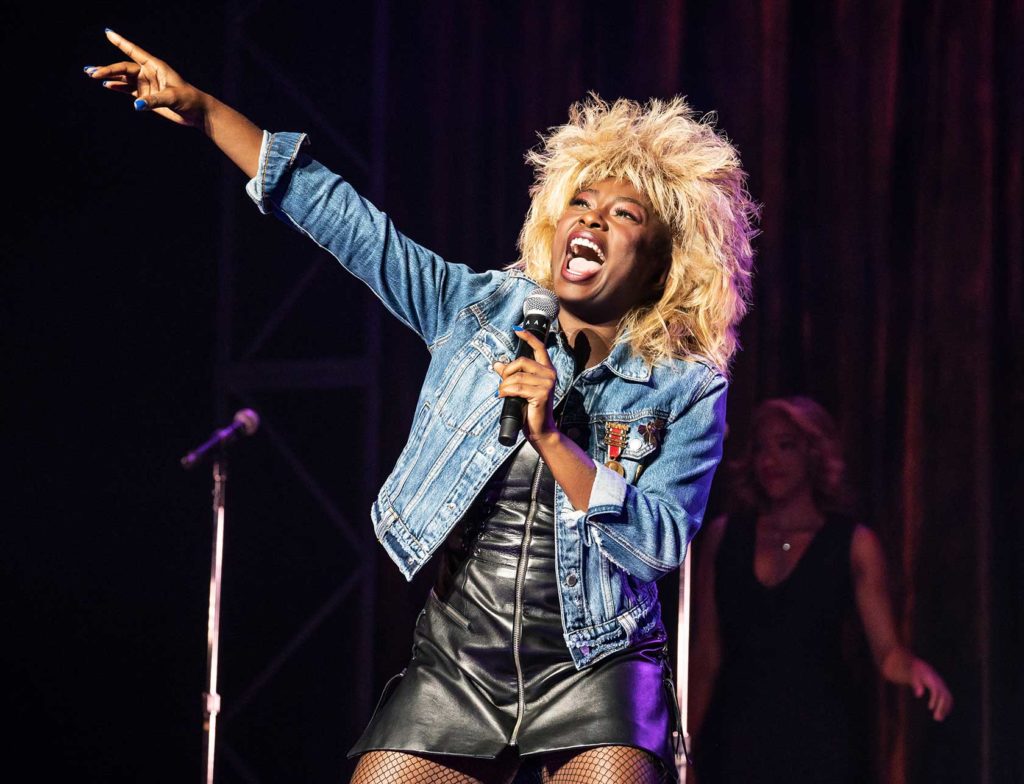 Naomi Rodgers and Zurin Villanueva share the demanding role of Turner, which requires the actors to be on stage and belting it out almost the entire show. Each will perform four shows a week as the powerhouse star. Zurin Villanueva as “Tina Turner” and the cast of the North American touring production
of “Tina: The Tina Turner Musical.” PHOTO: EVAN ZIMMERMAN FOR MURPHYMADE

Growing up, Rodgers says, she would sing “Proud Mary” and “What’s Love Got to Do With It?” with her mom at karaoke nights. Little did she know this was practice for a much larger stage.

Turner’s turbulent relationship with the abusive Ike Turner is as well known as the singer’s hits. In the first half of the musical, the audience sees how Turner was discovered as Anna Mae Bullock and turned into a performer under Ike’s thumb. In the second half, when Turner breaks free of the relationship, she’s able to become her own woman personally and professionally.

The show follows the major events of Turner’s life, but its centerpiece is the musical performances. Rodgers says she’s not trying to mimic the famous star, but the channel the emotions she believes Turner would have been feeling at that point in her life. She watched old videos of Turner’s performances and read her autobiography to gain a better understanding of her life.

Rodgers hopes audiences have a joyful experience at the musical, rocking out to the songs they know and love. (Her personal favorite is “Better Be Good to Me.”) But she also hopes they’re inspired by what Turner worked through to live her dream.

“I hope the audience takes away that you can overcome anything and everything,” says Rodgers. “You don’t need anyone to tell you what to do and who you are.”