Verde sauce is green. If we are speaking in general terms, that’s about all we can say, because the source of that color varies.

Verde appears nearly everywhere Latin-based languages are spoken, made from whatever ingredients are available, providing they are also tasty and green.

Like the Latin root, viridi, verde first appeared in the Mediterranean. In Spain, France and Italy the sauce was made with parsley, and that practice made it across the pond to the south of South America, where the parsley-based version known as chimichurri incorporated a New World plant known as the chile pepper.

In the American Southwest, you can distinguish Mexican versus New Mexican restaurants by the little bowl of verde sauce that comes with the obligatory basket of corn chips. Mexican verde hits you with the sour acid of tomatillo, while New Mexican green, as the locals call it, packs the fiery musk of roasted green chile. Both chile and tomatillos are nightshades, the New World family of plants that also includes tomatoes, potatoes and eggplant.

The herb-based Old Country verde and the nightshade-based American verde converge daily at a pizzeria called Biga in Missoula, Montana, whose Meatball Verde pizza is topped with chopped broccoli rabe, beef meatball and mascarpone cheese, and drenched in a cilantro jalapeño verde. With both herbs and peppers, this sauce is a blend of old and new world concepts.

Biga Pizza’s owner and chef Bob Marshall doesn’t admit to intentionally tapping into any of this history. “I just wanted to make a taco pizza,” he told me.

Marshall chops the mild, tender leaves and stems, and lets them cook on the pie. “The bitter and astringent qualities balance the richness of the mascarpone and beef,” he says. The way the rabe cooks down so perfectly in the oven, he adds, contributes to how the whole thing holds together. “And it adds green to the verde.”

Meanwhile, Marshall could not have picked a better pepper than the jalapeño for his verde. The jalapeño has a smoky flavor, even fresh off the vine. As for the cilantro, you either love it or hate it. Haters can substitute parsley.

The power of the pungent green herb is matched by the jalapeño, garlic and vinegar, resulting in a bright sauce that, juxtaposed against the heavier parts of the pizza, creates magic in your mouth as you eat.

I asked Marshall if he would show me a simple way of using his verde for those of us without pizza ovens at home. He suggested roasted roots, tossed with breadcrumbs baked into a gratin.

As potatoes, cauliflower and carrots roasted in the oven, Bob got to work converting a house-made focaccia into breadcrumbs, slicing, toasting and blending the bread into pieces.

Finally, he made the verde in a Vitamix. it took less than five minutes.

He combined the roots, crumbs and verde, and baked until it had a golden crust. That, technically speaking, is a gratin, and cheese is optional.

2 cups cauliflower, separated into florets about an inch across

Soak the cut potatoes for 30 minutes in water, and drain. Toss the carrots, cauliflower and potatoes in olive oil, salt and pepper, and spread out evenly on the pan, filling all space. Bake at 450 degrees until everything is golden, soft and puffy. Don’t stir.

When the roots are cool enough to work with, toss them with the crumbs, then lightly toss in the verde and optional proteins, but don’t totally mix it up. There should be patches of unmixed, non-green roots. Spoon into ramekins and bake until the top develops a crust.

¾ pound cilantro, including stems as long as they are not too woody

Add the sliced jalapeños and onions to the rice vinegar, either a few hours or a few days before making the verde, which will allow the onions and jalapeños
to pickle.

Add the jalapeños, vinegar and onions to a blender, along with the rest of the ingredients, and blend until smooth. Will last up to a week well-sealed in the fridge 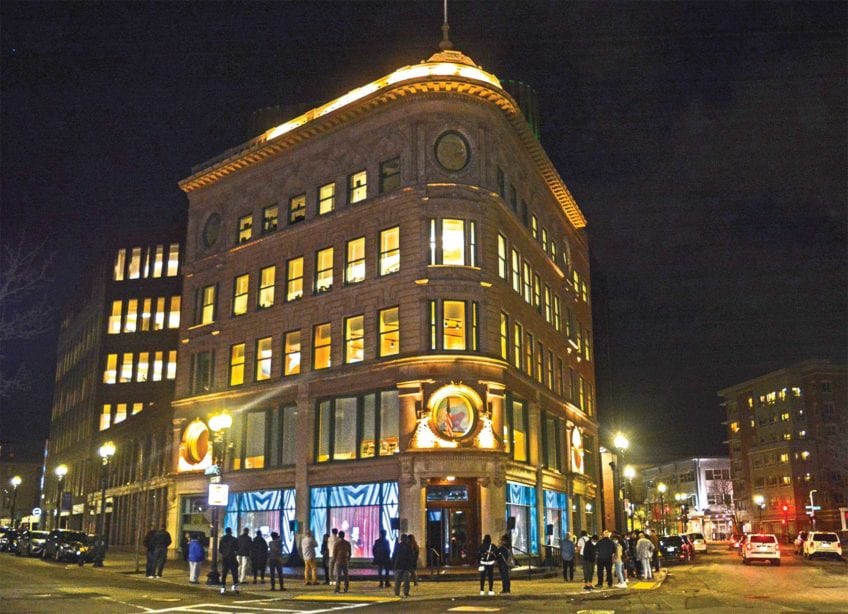 Arts & Culture
Nubian Square comes alive with 'Nubian Nights'
March 31st, 2021 >
GET THE
NEWS THAT YOU
CARE ABOUT
Members get access to a personalized news feed,
our newsletter and exclusive discounts on everything,
from shows to local restaurants — all for free!